Yet again it's been a while!

I know, I know, It's been a while.  But I have lots of screenshots to show you now.  From simple apps, to big projects that I'm working on.

But I've been doing a lot of stuff in Unity3D at the moment, and writing a new set of components that speed up prototyping, and game creation.  You can now create the entire flow of the game with transitions and screens and animations with no code, so that helps designers out a lot more.

Alpaqa the atlas sheet software I wrote is now better integrated within my projects, just a few clicks with Unity and you can build and update sheets (including multiple alpaqa projects)

All the games work across mobile devices as well as PC.

That's enough rambling for the moment and I'll just start showing you the new screenshots starting with Thrillworld (Themepark) screenshots first see what you think.

New version of GridBrix, this has boosters and a complete UI overhaul.  You also have the ability to change the grid size. 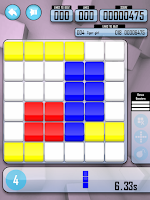 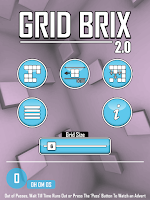 Simple clicker game, just tilt the device to control the ship and click the asteroids to break them up.  All you have to do us clear levels.

Simple word game, just build words from the grid of letters you have.  Try to create as many as you can before the time runs out. 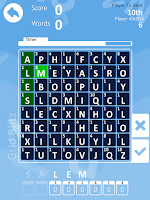 Simply slots is a simple fruit machine game, I created a set of components for Unity to help make and quickly turn out slots machines.  It can easily be added to with new features as well, but just overriding the components with new game features, winladders, etc... 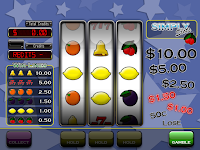 Yet to be finished, but it's essentially a match 3 game that you have to turn the board rather than trying to match them up in a grid.

Crafting and Building Games and Apps

This is just a few screen shots of games and apps that I have done that enable you to build objects within the 3D environment. 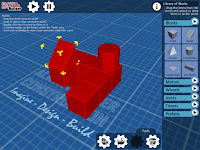 I do have a few more little projects that I've done, but I thought these where the best of the bunch so far.  I also have a few designs in picture format, but again thought I would leave them off this post.
at August 24, 2015 No comments: